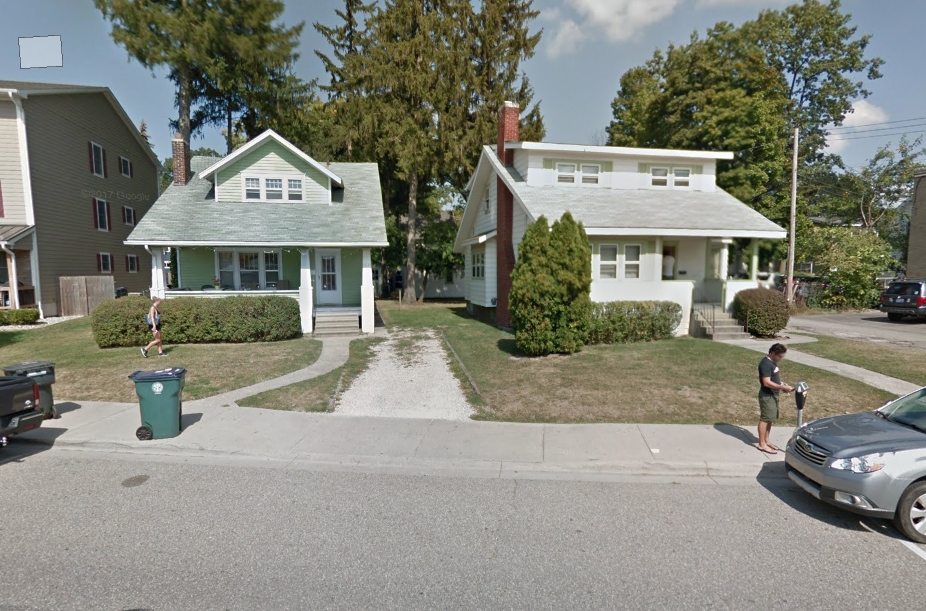 As East Lansing Info reported on Friday, a motion to vote on the development “Albert Town Homes 2” (by council member Aaron Stephens

), was not ‘seconded’ by another Council member at the meeting this week, and thus, went nowhere.

The development proposal – put forward by by Hagan Group LLC – is for three townhouse-like student rentals, which would replace two older rental homes on the property along Albert Ave, across from the Bailey parking lot. The Hagan Group built an almost identical set of townhomes adjacent to the proposed development in 2013. “Albert Townhomes 2” has already been approved by the EL Planning Commission and DDA. Furthermore, the developer would receive no tax incentives, and it would bring in four times the property tax revenue of the current rental houses.

This lack of inaction for a project that seems to meet all development and City requirements, has left many shaking and scratching their heads. Why would the other Council members attending (Mayor Mark Meadows, Erik Altmann, and Ruth Beier) avoid taking action on a project that would generate more income for the City (especially during a financial crisis that will require raising taxes on residents and non-residents), not require the City handing out tax breaks or making other bad deals with developers, has been pre-approved, and is being proposed by a local business and community member with a clean track-record? The questions could go on and on… why the continued arrogance, ignorance and inconsideration towards members of our community, especially business people? How can Council justify this inaction towards a win-win proposal, during a time where they are reaching out to residents and non-residents to pay more taxes, for them to continue to make bad decisions, or in this case, make no decision at all? Hopefully we can get some real answers, other than snarky and snooty excuses… and hopefully this proposal gets a second chance, and is approved in the future. And hopefully that will help restore (some) trust among the voters come August 2018.

You can read ELi’s full article with much more detail of the proposal and what happened (or didn’t happen) at this past week’s Council meeting:

Total Votes: 62
×
You or your IP had already vote.