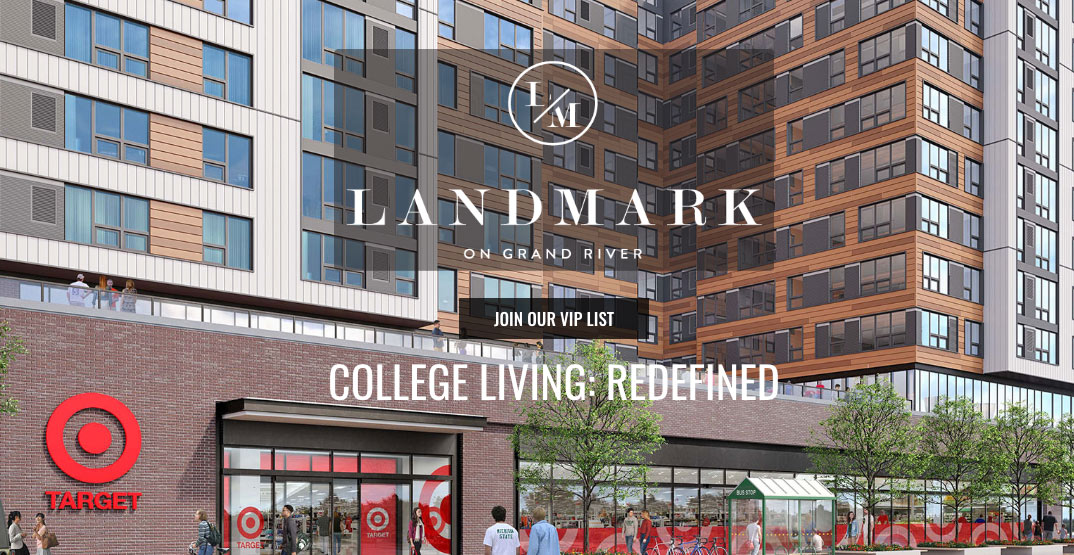 The Center City District project was sold during East Lansing’s planning approval process as a project that would bring “market-rate rental housing” downtown. The claim by the project’s proponents was that the 12-story apartment building along Grand River Avenue would attract – in addition to MSU students – working adults whose downtown residency would in turn diversify retail and dining opportunities downtown.

The developer even produced a study purporting to support this claim, presenting it to East Lansing’s Planning Commission and City Council.

But now that the project is looking to find renters, the owners are making no bones about it. It’s student housing.

That’s the banner on the website advertising what is now called The Landmark. It goes on to promise “fully furnished units with private bedrooms,” study lounges, “and a ridiculous rooftop deck.”

That “ridiculous rooftop deck” will be on the second level, just over the Target store, about 20 feet above the sidewalk. And what will it include?