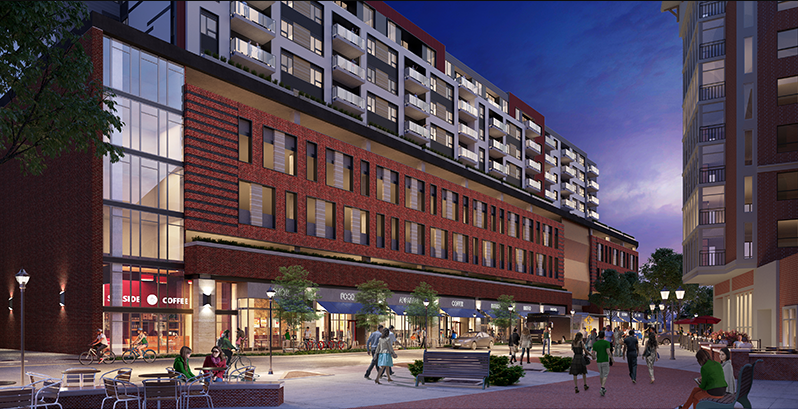 1) Revelation that DRW/Convexity was going to ask for a brownfield waited until after the vote on income tax.

2) There will be no money to pay for public services for the project for the duration of the brownfield (which could have been spread out longer, at 50/50 tax increment, if any tax diversion is warranted). I see there has been another shooting in the Grove St. garage, and with reduced property tax millage, the contribution toward public safety from the DDA TIF district #2, already fixed at 1991 level, will be even less, as will the contribution from initial property value on the city’s myriad brownfields. (I have also been hearing that partying affecting my former neighborhood has been worst ever, according to some long term residents.)

3) Using the principal (which city hall does not believe in) that the level of public purpose must be commensurate with level of tax diversion, with public purpose defined by the state supreme court as broad public use and access, I fail to see any legitimate public purpose that would justify any tax diversion. Even though it turned out to be a lie, the original City Center II was justified as a brownfield because of the alleged performing arts theater and exhibit space.

4) The public infrastructure—streets, water and sewer, sidewalks, etc.—primarily or exclusively serves the interests of the development. With sprawl sites, where this is much more expensive, public infrastructure is paid for by special assessment bonds on the development. The talking point that redeveloping urban sites is more expensive is based on true brownfield sites not “functionally obsolescent” excuse. I don’t know who told ELi that the city normally uses bonds for this kind of infrastructure for brownfield projects (it does when parking structures are involved), but the standard practice has been to use brownfield tax diversion to reimburse developers, the exception being the cost overrun for Ann-Albert that was put on your sewer bills through a sewer bond. State brownfield law requires a cost comparison with a sprawl site if a sprawl site is being considered, but developers just say no. There is nothing to prevent a municipality from demanding such a comparison anyway, since the municipality can simply say no to brownfield requests.

5) No proof, through a pro forma using net operating income, has been provided that brownfield tax diversion is needed to make the project financially viable—the brownfield expenses are a tiny fraction of construction costs, and a small difference in how much can actually be charged for apartment rents or change in mortgage rates would have more of an impact on the finances. DRW has a lot more money than East Lansing. If city officials wanted to drive a hard bargain on behalf of taxpayers, which they don’t, they would have given DRW the option of building with no brownfield or not building at all. DRW is primarily a big league day-trader and the fact is, it gambled by purchasing the sheriff’s deeds in the expectation of an MBT tax credit. Taxpayers should be under no obligation to bail it out for a bad gamble, which DRW can write off and as a hiccup in its overall finances. Money already spent on what might qualify as brownfield expenditures should not be paid for retrospectively (including what city spent demolishing the Little Bank Building, for which it is owed by the former developer per the pre-development agreement in 2012, but has failed to seek breach of contract).

5) Planning staff will  benefit from another $15,000 per year perk from the brownfield, on top of the many previous $15,000 per year perks, that are far more than it costs to administer. This creates a conflict of interest inducing planning staff and its allies to push through brownfield projects. Eliminating this perk, and allowing existing perks to be used to pay for public safety not developtocrats, is something I am pushing for a state level.

6) The brownfield spread sheet it still claiming there will be diverted new taxes going toward city debt, even though there is no remaining city debt, and that going toward school debt is irrelevant, since that will remain at a fixed 7 mils for decades regardless. This has always been an attempt to mislead the public into thinking there is relevant money from brownfields that is not being diverted.

7) City offcials seem to believe that diverting money from county, CATA, and schools is somehow free. However, the county has sought, and received, new millages (your taxes) largely necessitated by all the taxes diverted by Lansing and East Lansing to development authorities and brownfield projects. As to schools, I find it unbelievable that any Democrat would advocate for diversion of school taxes, without proof that this stimulates growth to bring in more school taxes than diverted (it doesn’t) at a time teachers are seeing reduced pay packages to a degree it is becoming difficult to recruit teachers. I intend on holding Gretchen Whitmer accountable on this.