Skip to content
Home › Essays › What Counts as Outside “The Boundaries of Normal Messing-Up”? // Alice Dreger 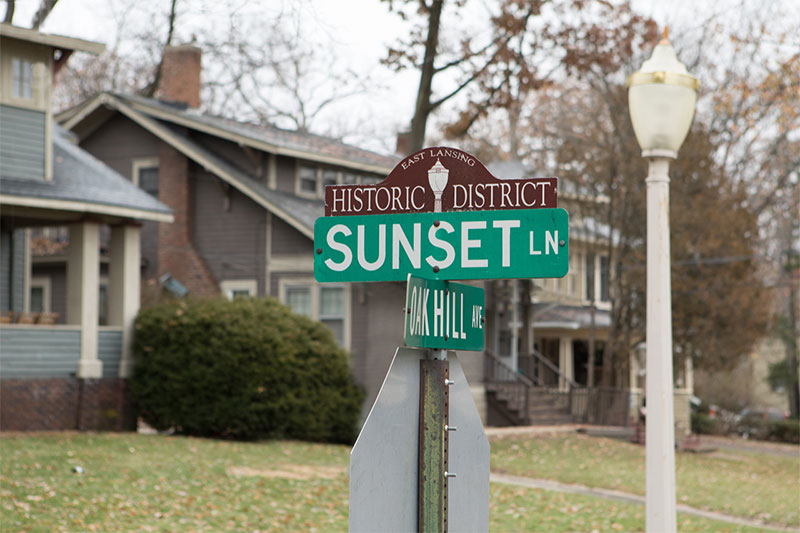 As reported at ELi today, City Council voted 3-2 on Tuesday night to finally end the excruciating process of considering changes to the Oakwood Historic District boundaries.

As was expected when this process started in 2013, the DDA’s Evergreen Avenue properties were removed to allow for redevelopment in order to deal with the looming $5.4 million debt on them. I’m happy to say the boundary was moved only two properties farther north, leaving largely intact the district I bought into in 1998 with the purchase of our 1923 home on Sunset Lane.

What’s surprising about the way this vote went down is this:

Mark Meadows and Lisa Babcock voted against the change, agreeing with Jim Robertson’s and my conclusion that the process was legally so fatally flawed, no boundary change could legitimately be passed at this point. They agreed with Jim and me that the Evergreen properties’ redevelopment would have to happen (and could absolutely happen) via the Historic District Commission giving a “notice to proceed” with the redevelopment in the name of significant public good.

But Ruth Beier, Aaron Stephens, and Jessy Gregg agreed with City Attorney Tom Yeadon’s conclusion that the process was good enough – in the words of Mayor Beier, “within the boundaries of normal messing-up.”

Before the meeting, the Historic District Commission (HDC) had indicated its unanimous interest in redevelopment of the Evergreen properties by recommending removal of them from the district. As I told Council, that strongly suggested that if no changes were made now to the Oakwood boundary, the HDC would later give a “notice to proceed” for the Evergreen Avenue redevelopment.

But the Council majority that voted for the boundary change didn’t want to risk having the HDC vetoing a decision on redevelopment sometime down the line – so they moved to take it out of the HDC’s hands right now.

I get why they made that decision. But it’s not risk-free. The process used was so flawed, lawyers I’ve talked to have said that someone with an interest in the area could now sue over the boundary change and gum up the works for redevelopment.

What would it have taken for the majority (Beier, Stephens, and Gregg) to recognize this process as so bad that they could not ethically act on a boundary change?

The Boundary Study Committee commissioned in 2013 to study the change was clearly subject to the Open Meetings Act (OMA). Yet there are no minutes from the study committee as required by law – no minutes showing they voted on the “preliminary report” or the supposed “final report.”

City Planning staff claims that the meetings of the committee were done with proper public notice. But staff admits they can produce no evidence of that public notice.

Said Yeadon at the meeting, if the City is sued, he’s just planning to collect affidavits from City staff saying they recall having done public noticing. (!)

Using a lame legal reading, Mr. Yeadon tried to suggest a court might decide the Committee was never subject to the OMA. But he then proceeded to basically assure Council that since the OMA has practically no teeth – which is sadly true – violations of the OMA by East Lansing wouldn’t present a meaningful challenge to Council’s decision to change the boundary.

On the issue of whether the state statute-mandated one-year time limit had run out 19 days before Council voted to extend the process, as I argued, Yeadon said if that was the case, a court would again find it pretty minor a point. Heck, it was just 19 days over the legal deadline.

He kept assuring the Council that “I can defend this in court” – that we could just pay him to argue the process wasn’t so bad that the Council’s decision to change the boundary is invalid.

Lisa Babcock was quite elegant, I thought, in her argument that while the City might win in court, there was a deeper democratic principal at stake here: the right of the people to fair process.

I will confess my heart lifted listening to this. I felt like, for the first time, someone on Council was willing to say that a process had been so appallingly carried out, the whole thing should be thrown out by Council! (This was the first time, right?)

And I will admit I was surprised and happy to hear Mark Meadows agreeing with Babcock and me.

Meadows thought some of my arguments on the legal process issues were wrong (and he may be right), but he saw a “fatal issue” on process here. He noted the “final report” was presented by staff as if it had been approved by the committee, but there was no evidence of any such approval.

“The fact that we can’t find any minutes or any public notices is disturbing to me to say the very least,” said Meadows.

I want to note something our relatively new Director of Planning Tom Fehrenbach also noted at the meeting: He was not in his position for most of this, and staff who worked on this were either absent Tuesday night or have left the City’s employ.

In my experience, things in the Planning and Building Department are getting a lot better under Tom. A lot! I was so glad when he was appointed to the position, and I have not been disappointed. I suspect he felt queasy looking at what happened here.

But if things are going to get better – if we are going to stop seeing threats of arrest over approved driveways, misreading of code on dangerous gas pipe issues, and the like – then we’re going to have to have a Council majority that says “you screwed up too much this time, and you’ve consequently made our jobs impossible. Start over.”

And maybe they should try using checklists in the Planning Department, as Jessy Gregg suggested at the meeting.

For her part, Babcock agreed with the majority at the meeting that the debt really matters. Of course it does. But, she said, some things mattered more to her: how we treat people in East Lansing, particularly “people who have their homes and futures tied up with this.”

As someone in that category, I want to thank Council Members Babcock and Meadows for saying there should be limits in East Lansing to messing-up.

3 thoughts on “What Counts as Outside “The Boundaries of Normal Messing-Up”? // Alice Dreger”